“Bringing Gender and Sex Together: Transdisciplinary Theories and Methodologies”

From May 29th to 31st 2022, the Canadian Organization for Gender and Sex Research (COGS) held its 2nd International Meeting in Montréal, Canada. The event sought to discuss and explore novel and transdisciplinary approaches within the emerging field of “Sex and Gender Science”. Two Gender-Net Plus projects – GOING-FWD and RHCforFGC – participated to the conference.

Read the full program of the COGS Conference 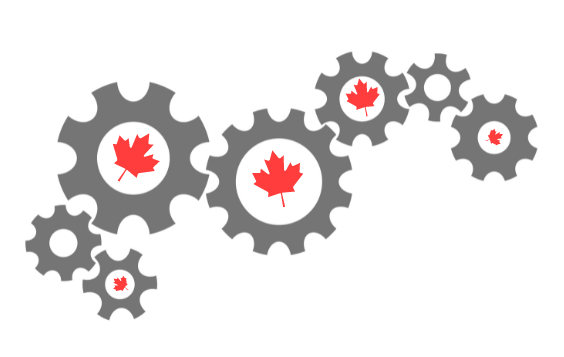 She is also on the executive committee of the Canadian Organization for Gender and Sex Research (COGS). Dr. Louise Pilote with other PIs of the GOING-FWD team ran a workshop on Gender Measurement during the Conference.

What is the emerging field of “Sex and Gender Science”?

A field of research where the sex (biology) and gender (sociology) are studied together with transdisciplinary methodology to explain disease development and improve the health, wellness and equity for all respondents to treatment and outcomes.

What are the challenges faced in developing this field of research?

1) The implementation of sex and gender sciences in animal studies.
2) The equity, diversity and inclusion EDI movement overshadows sex and gender sciences, and both are being amalgamated. There are distinct and to reach equity, sex and gender considerations must be applied.
3) Gender definition and measurement remain a challenge. Gender is a concept that has been difficult to define and comprehend.

The research project you lead, GOING-FWD pays specific attention to gender-related measurements in health research. Your research team ran a workshop on gender measurement during the conference. Can you tell us more about the work conducted by your transnational research project and its importance?

We wanted to explain sex differences in cardiovascular diseases. We hypothesized that there were sex (biological) differences but that also gender (social factors) played an important role. To measure the relative impact of sex and gender, we needed to measure gender. We developed a gender questionnaire called the GENESIS Gender questionnaire which has questions on gender roles, relations, identity, and institutionalized gender. We conducted a prospective cohort study of patients who sustained a premature (aged less than 55 years) acute coronary syndrome (ACS). We found that a set of gender factors that are traditionally ascribed to females in our society was associated with worse outcome post ACS independent of the sex of the person. In GOINGFWD, we have found that the magnitude of the impact of gender factors vary by country. Hence interventions that target gender factors must be country/setting specific.

During this event, Dr Bilkis Vissandjée, scientific coordinator of the RHCforFGC project, chaired a symposium with the aim to discuss facets and determinants of access to sensitive healthcare and legal advice for women and girls who underwent or are at risk of FGC/M, using intersecting lenses and methods.

In the international arena, the practice of FGC/M represents a form of persecution against women and girls and is conceived as a violation of international human rights. Increased immigration from countries where the practice of FGM/E has been reported has led to a growing number of women and girls who have undergone FGC/M or are at-risk of undergoing such procedures. Equitable and gender-sensitive care to women and girls who have experienced FGC/M is a challenge in immigrant host societies for adequate access to health and social care and resources.

Five speakers from diverse and intersecting fields featured their respective expertise and contribution to improve the understanding of the complex and multifaceted experiences of these women and girls in immigration host countries.

More specifically, quantitative, qualitative, and physiological methods were brought to the fore in order to capture how women who underwent FGM/E experience chronic neuropathic pain. Multifactorial, interdisciplinary and psychosexual implications of accessing and undergoing clitoral reconstruction were discussed. A legal perspective was provided by way of gender-sensitive interpretation of persecution related to asylum claims of women and girls alleging having experienced or fearing FGC/M. Lastly, tools to inform and train for sensitive and timely clinical care, adequate referral and community support were presented.

Dr Angela Deane, obstetrician gynecologist at North York General Hospital in Toronto, Ontario, discussed the challenges in offering clitoral reconstruction, a surgical intervention increasingly requested by women who have undergone FGC/M. As this surgery holds risks and is not suitable for all women, her presentation allowed for a discussion on the multifactorial, ethical, multidisciplinary and psychosexual implications of assessing women’s needs and embodied sexuality when it comes to undergoing clitoral reconstruction.

Mateja Perovic, PhD student in psychology at the University of Toronto, Ontario, discussed the results of a study carried out through the use of mixed-methods – quantitative, qualitative, and physiological – in order to better understand how women who underwent FGC/M experience chronic neuropathic pain. She also reflected on the implication of these results for health care providers in adequately assessing and diagnosing pain, as well as for further research in regard to mechanisms of neuropathic pain in women with FGC/M from a sex and gender perspective.

Muna Aden, research coordinator of the Ontario-based NGO Women’s Health in Women’s Hands, addressed the importance of partnership with NGOs for their expertise with women living with FGC/M. She also presented a project funded by Women and Gender Equality Canada (WAGE), in collaboration with the RHCforFGC project, aiming to increase accessibility to training packages for health care providers across Canada. These training packages refer to resources, developed through many concerted efforts put in place, internationally and nationally, to inform and train health and social services providers for culturally and gender-sensitive clinical care.

Annick Legault, immigration lawyer and collaborator of the RHCforFGC project, first discussed challenges faced by women and girls seeking a refugee status in Canada based on persecution or a fear of persecution on FGC/M-related grounds. She then presented the methodological process and results of a study, carried out within the RHCforFGC project, aiming to analyze decisions, rendered through the Refugee Appeal Division in Canada, regarding asylum requests by Nigerian girls alleging having undergone or fearing FGC/M, as well as the gender-sensitive interpretation of persecution when it comes to these asylum claims.

Bilkis Vissandjée presented the work carried out within the RHCforFGC project in analyzing estimate of FGC/M prevalence reports in immigration host countries. She discussed the challenges, benefits, harms and mitigation strategies when it comes to data collection, analyses and interpretation, as well as the publication of estimates of prevalence in reference to FGC/M. She also reflected on the added value of empirical evidence for such data to claim support for sensitive and personalized programs as well as sustainable and coherent policies, to better reach out and serve girls, women and families experiencing or at risk of FGM/E.

GENDER ACTION Policy brief: How to promote gender in partnerships